Verkhoyansk: Home in the Freezer:"..."

Verkhoyansk: Home in the Freezer:"100% free way to make extra money at home working part time or full time as a fr..."

Mysterious places of Siberia – the legend of the Labynkyr monster:"Can you take viagra and cialis together ..."

Experiencing the polar lights is on the bucket list for countless travellers all around the world. Only once you have seen this enigmatic sight you truly appreciate why they captivate so many of us. Find the right spot and you will witness one of the most impressive light shows on earth. When I travelled to the north of Yakutia I felt like I was on top of the world. It was one of the most amazing things I have ever seen.  In this post, I’ll guide you to the best spots in Siberia where you can experience the northern lights for yourself. 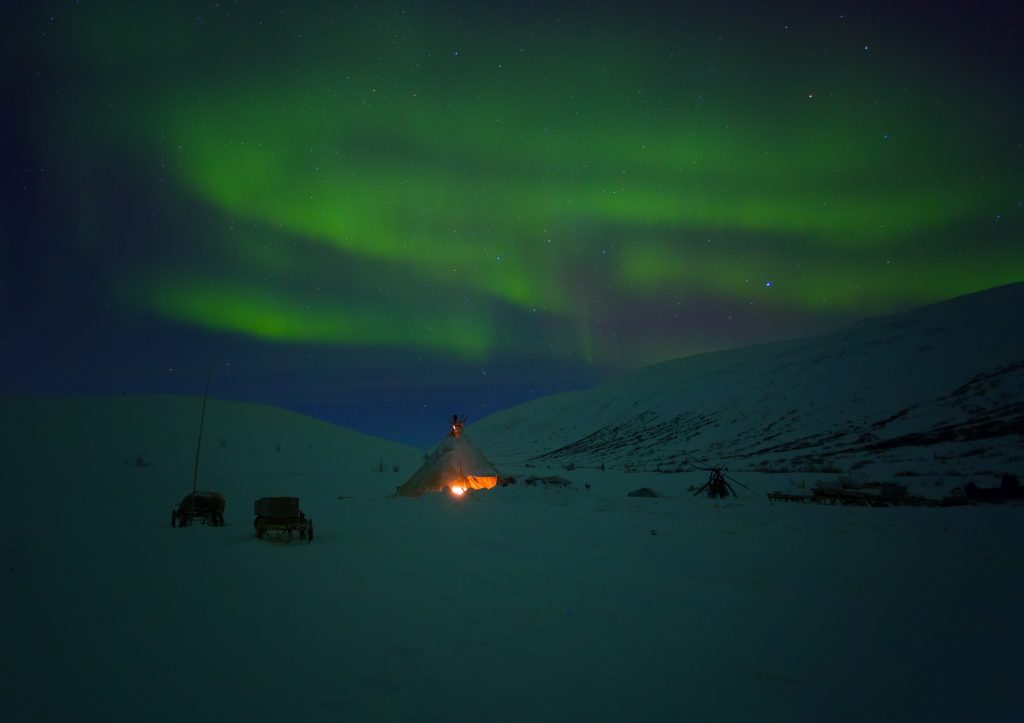 When is the best time to see the northern lights?

To tell you the truth, it is simply impossible to forecast precisely when the Northern Lights will make an appearance. Give yourself the best chance of seeing them and come to Siberia in winter when the sun never rises above the horizon. However, the lights do not only occur during the the ‘dark months’ from November to January but also in September and October as well as February and March. If you schedule your stay for at least a few days there’s a very high probability you’ll see them. Aurora activity is statistically highest in the days either side of the spring and autumn equinox, though of course you’ll need clear skies whenever you choose.

The best places in Siberia to see the aurora borealis

There are many places in Siberia where you might travel to see the Northern Lights. However, you will need to travel far beyond the Arctic Circle. It is here, in the far north, that you will reach the so called auroral zone, an oval area that circles the globe at these latitudes. Only the most northerly parts of Norway, Sweden, Finland, Alaska, Canada, Iceland, Greenland and, last but not least, Siberia extend into this zone. Despite the fact that Siberia covers by far the largest part of the auroral zone, relatively few travellers have Siberia in mind when planning their trip to see the Northern Lights. Yet, Siberia offers many of the most promising spots to see this spectacular natural phenomenon. My list focuses on places that are, for the most part, relatively easy to access from the West. All of them, as well, are stunning travel destinations beyond the allure of the Northern Lights, which means when the aurora is playing hard to get, there’s still plenty to see and do. 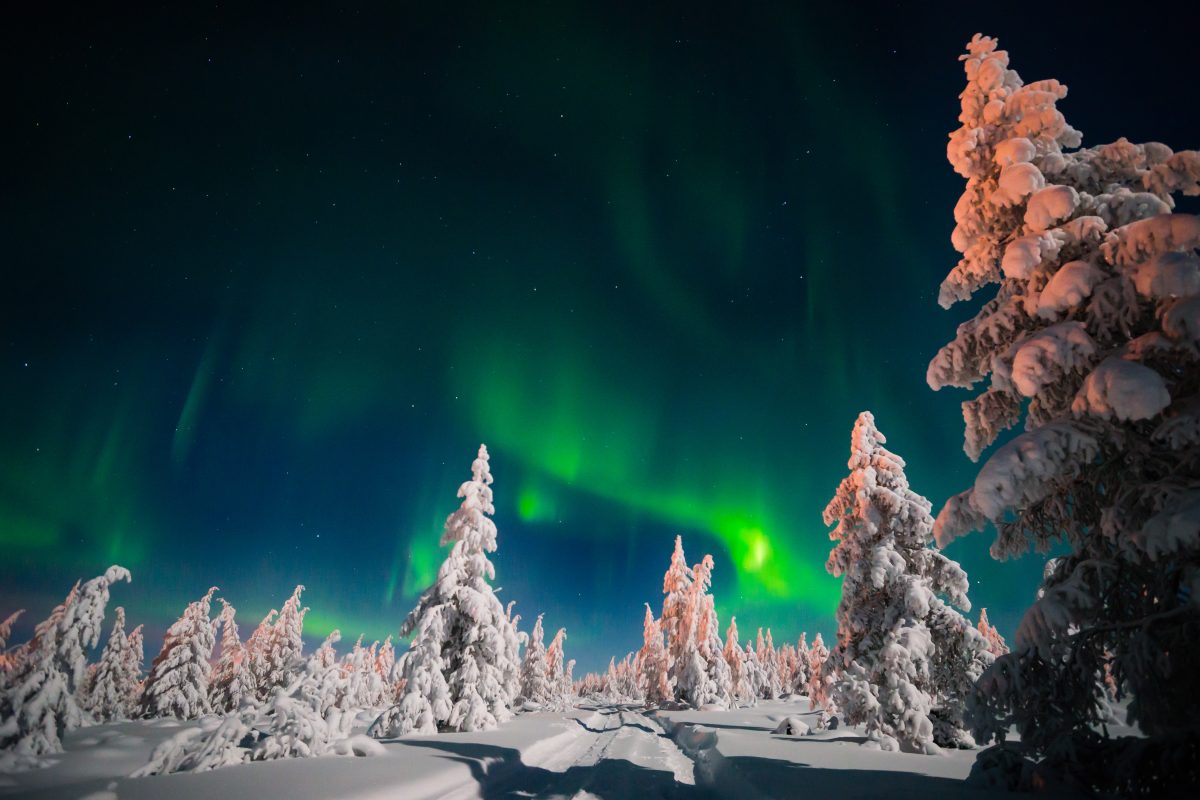 Legend has it that God flew over the world to inspect what he’d made, but as he looked down on the Yakutia region, his hands were so cold he dropped the diamonds he carried, scattering them liberally across the landscape. The frostiest jewel in Yakutia’s glittering crown is Oymyakon, where you come for the bragging rights: it’s the coldest permanently inhabited place on the planet. In 1933 the mercury plummeted to 67.7 °C, a record that’s never been broken – anywhere!

Getting to this remote spot takes some doing. Most travellers come via Yakutsk. Aeroflot flies from Moscow, while S7 connects the city to Moscow and Novosibirsk. Regional carrier Yakutia Airlines serves a wide range of domestic destinations as well as international destinations such as Seoul and Harbin. Then it’s a five day round trip by road to the village of Oymyakon, but of course, the journey is all part of the adventure. There are no hotels in Oymyakon, as it’s quite a small village. Most visitors are accommodated in homestays, but that’s a great opportunity to see how residents live in and cope with an environment as harsh as this. We are currently creating the travel groups for the upcoming winter seasons. Find out more in out post dedicated to Oymyakon. 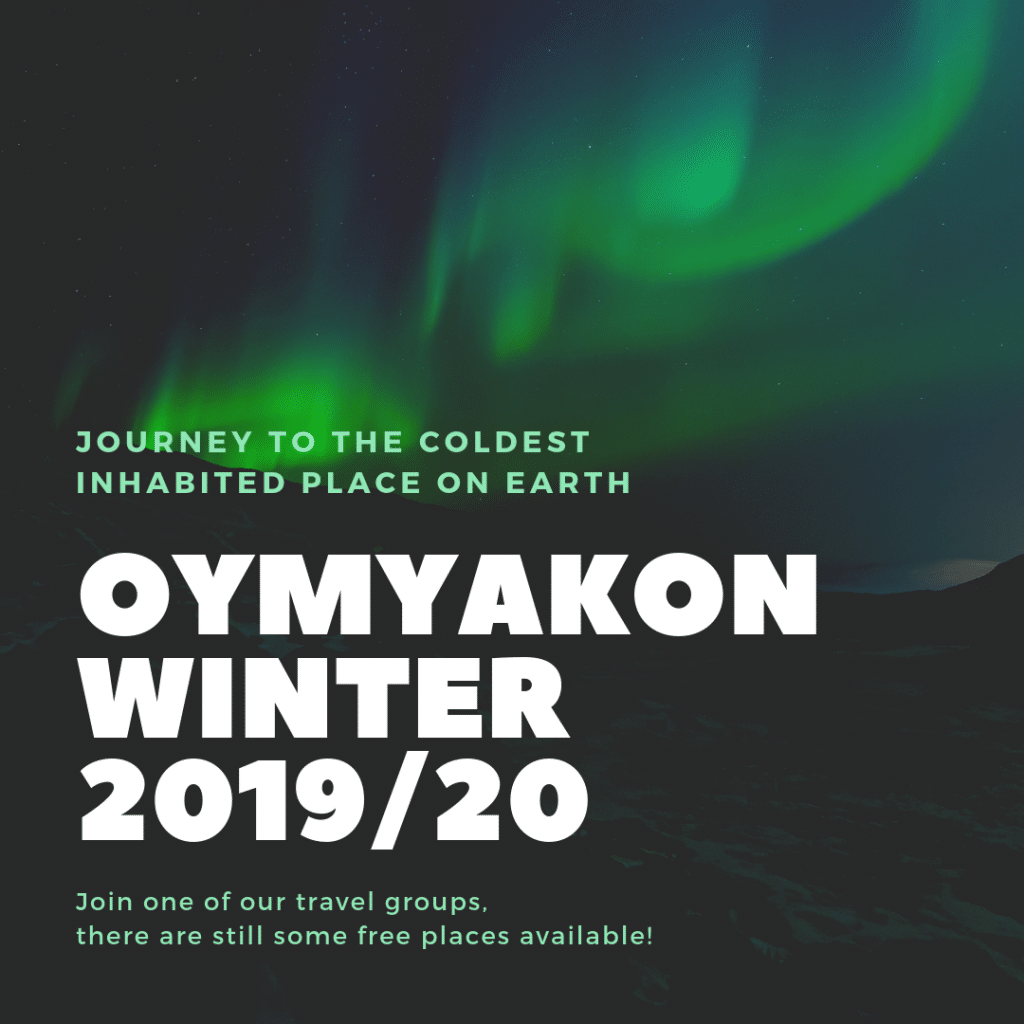 What else to see there? The monument to the Pole of Cold is a must – you’ll receive your Pole of Cold certificate from the Keeper of the Cold. Conducting experiments in the extreme cold, such as throwing boiling water into the air and watching it freeze, are a lot of fun. Ice fishing excursions are also possible – just make sure you wear sufficiently warm clothing.

Located beyond the Arctic Circle, the Aurora Borealis is often seen in the skies above Naryan-Mar, yet the proximity of the Barents Sea moderates temperatures a little to avoid the extreme cold that you’d experience further south. It’s easy to get out of town by snowmobile but even close to town, the Northern Lights pack a punch, particularly when reflected in the River Pechora.

There’s no permanent rail or road link to Naryan-Mar, meaning access is usually via air. Flights from Moscow, St Petersburg, Yekaterinburg, Arkhangelsk and Kirov land at Naryan-Mar’s airport, located 3km from the centre of town. In summer and early autumn, boats link Naryan-Mar with Pechora travelling the River Pechora; if you plan to catch sight of the Northern Lights very early in the season, this might be a possibility. The Hotel Zapolyarnaya stolica is a centrally located and very comfortable hotel which is well received by travellers. Hotel Pechora is a more affordable option, as is Hostel Agat with its contemporary style, though the latter is further from the centre.

What else to see there? The Nenets culture is a fascinating one and the lifestyle of these reindeer herders has much in common with the Sami of Lapland. Learn more about their way of life at the Nenets Museum of Local Lore and then taste reindeer meat in its many different forms at the Restaurant Museum Timan. The Historical-Cultural and Landscape Museum-Reserve Pustozersk, Naryan-Mar’s post office and World War Two memorial are also worth seeking out. 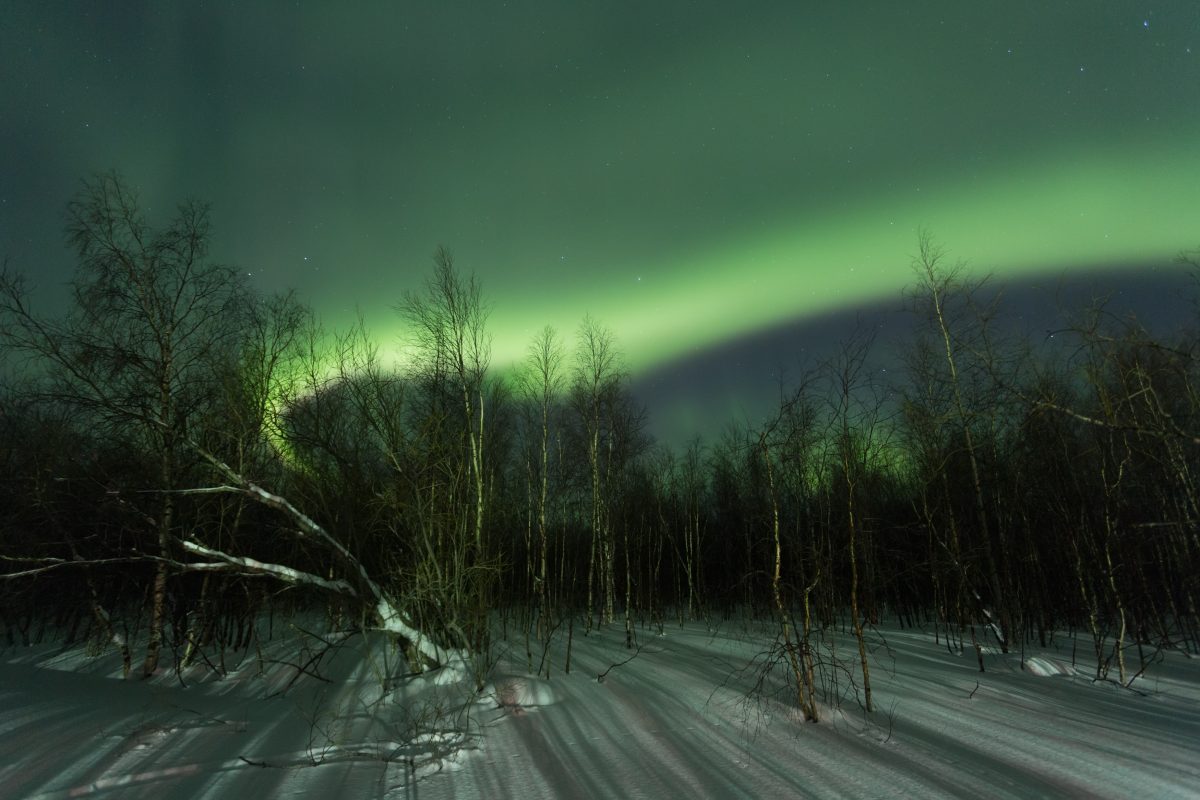 Located on the shore of the Sea of Okhotsk, on the same latitude as St Petersburg, Magadan is a port city in the remote north east of Russia. Frigid winter waters and inland mountains keep the temperatures chilly and the clouds coming. But when the Northern Lights do make an appearance, they bounce off the snowdrifts and create a picture postcard scene.

Magadan is served by frequent flights from Moscow and also Vladivostok. It’s also possible to reach the city in winter overland from Yakutsk, though the route’s nickname – the Road of Bones – might be a little off-putting. The centrally located Silver House Hotel, Hotel Magadan and Hotel VM-Central offer comfortable rooms with all modern conveniences.

What else to see there? The Kolyma region, of which Magadan is the principal town, was once known for its forced labour camps. A century ago, gold and platinum were discovered in the area and Gulag prisoners provided slave labour. Today, the regional museum has a fascinating collection of artefacts relating to this period in Soviet history. The Mask of Sorrow monument stands on the outskirts of town as a memorial to those who didn’t survive.

Vorkuta’s another former Gulag settlement built to support mining – this time coal – but increasingly, visitors are discovering this northerly city’s wildlife and nature. Surrounded by tundra, you don’t need to get far out of town before it’s dark enough to showcase the Northern Lights in all their glory, should they make an appearance.

Flights with Rusline depart Moscow’s Vnukovo International Airport; journey time is about three hours. Long distance trains link Vorkuta to both Moscow and Sochi, taking two and three days respectively. A number of hotels can be found in the centre of Vorkuta: the Hotel Gornyak, Sever Hotel and Vorkuta Hotel. In addition, there are plenty of modern and stylish apartments that are available for short term rentals.

What else to see there? The name in the local dialect indicates an “abundance of bears” but it’s reindeer you might see if your visit coincides with the races that are held on the main street. Year round, there’s an old cemetery for German and Estonian victims of the gulags, located just a few kilometres out of town. Vorkuta also features some distinctively Soviet architecture.

Wrangel Island is one of the most remote locations in all of Russia. This UNESCO listed island sits 87 miles off the north coast within the Arctic Circle. Devoid of light pollution, when the skies are clear, this is one of the best places to see the Aurora Borealis. Once, there were settlers here; today, the ghost town that remains adds interest to any Northern Lights scene.

Though access is possible in summer by icebreaker, in winter you’ll only get there by helicopter. And before you book yourself a place, you’ll need a government permit. There are a handful of rangers who stay on the island year round, conducting studies and overseeing the wildlife. Most visitors stay on board their ship and visit the island for short excursions.

What else to see there? Wrangel Island is a haven for wildlife. It was the last place on earth that woolly mammoths inhabited and even today, their curved tusks litter the island. Today, you’ll see Arctic wildlife such as musk ox, reindeer, wolves, Arctic foxes and polar bears. In fact, it’s nicknamed the polar bear maternity ward as there are so many dens on the island.

Why not get in touch with us?

Unless you know the region well and are fluent in Russian, I’d strongly advise you choose a local partner to help you organise your travel. You may also consider booking a package tour that combines transport, accommodation and a knowledgeable local guide. If you are interested just leave us a message. We will come back to you and assist you with your arrangements.

I have been writing this post together with Julia Hammond, thank you very much for your help!