Best places to see the Northern Lights in Siberia Verkhoyansk: Home in the Freezer

Trip to Oymyakon:"Hi, I check your blog like every week. Your story-telling style is witty, keep d..."

We were on TV:"Do you have a spam problem on this site; I also am a blogger, and I was wonderin..."

Best places to see the Northern Lights in Siberia:"Awesome post! Keep up the great work! :)..."

Verkhoyansk: Home in the Freezer:"It's very trouble-free to find out any matter on web as compared to textbooks, a..."

Why not let us tell you about a great travel destination close to the source of the Lena River? That destination is Lake Baikal, Russia’s most famous lake.

When it comes to Lake Baikal, the stats are impressive. It’s Russia’s largest lake, of course, and collects water from something like 350 rivers, one of which is the Angara, a tributary of the Arctic-bound Yenisei. This too is where the mighty Lena originates, the river that’s the furthest east of the three that meander north to empty into the Arctic Ocean. Its source is in the Baikal Mountains a few miles west of the lake itself.

Baikal is the largest freshwater lake in Asia when measured by surface area – that’s 12,248 square miles, numbers fans, making it number seven in the world rankings. Baikal is also the largest freshwater lake in the world when measured by volume, containing 5,670 cubic miles of the stuff, or to put it another way, what equates to about 22% of the world’s fresh surface water. If you combined the water of all America’s Great Lakes, Baikal would still beat them. And despite the fact that it’s the deepest lake in the world, it’s also exceptionally clear. Scientists believe it could be the world’s oldest lake, estimating it at between 25 and 30 million years old. Impressed yet?

How to reach Lake Baikal

Planning travel across Russia needs careful thought – this is a country with eleven time zones after all, and Moscow and Baikal have a five hour time difference. You should aim for Irkutsk, and to get there by air from Europe and the USA, seek out connections via Moscow. From the States, your best bet is to book flights with Aeroflot, as they’re the only airline flying direct. Miami, New York and Los Angeles are all served. In Europe, most national flag carriers connect with Moscow and some with St Petersburg. Low-cost airlines such as easyJet are also an option. For onward travel, Aeroflot, S7 and Ural Airlines all offer direct flights from the Russian capital. Flight time is approximately five and a half hours to Irkutsk. You can also fly into Irkutsk from a number of other Russian cities including St Petersburg, Vladivostok, Krasnoyarsk, Khabarovsk and Yakutsk.

Irkutsk has an international airport, serving major regional destinations.  Hainan Airlines has direct connections to the Chinese capital Beijing, for instance, and Korean Air offers a seasonal service to Seoul’s Incheon Airport. Among the former republics of the Soviet Union, Bishkek (Kyrgyzstan) and Tashkent (Uzbekistan) can be reached without the need to change planes. Other international destinations that connected to Irkutsk include Tokyo, Bangkok, Ulan Bator and Hong Kong.

Many visitors pitch up at Lake Baikal on a stopover from the iconic Trans-Siberian. Assuming you don’t alight from the train to break your journey, that’s a trip of over three days if you began your journey in Moscow. Fortunately, the lake is conveniently located about an hour’s drive from the Russian city of Irkutsk. It’s also possible to reach Lake Baikal via Ulan-Ude, a major city on the opposite side of the lake to Irkutsk. The eastern shore of Lake Baikal is about a two hour ride from this Russian city. Train aficionados might also consider the Circum-Baikal railway. Catch a Trans-Siberian connection to Slyudyanka, the first stop on the Circum-Baikal and from there, take a ferry ride across the lake to Listvyanka.

Buses (taking about ninety minutes) reach the pretty lakeshore settlement of Listvyanka, from where you can take boat trips, stroll around the village’s attractions or enjoy a leisurely lunch – try the local fish omul, usually served smoked, a bit like a kipper. If your time is short, Listvyanka is easily doable as a day trip. However, many travellers are so enchanted with the place that they prefer to stay overnight. There’s a wide choice of accommodation in Listvyanka including hotels such as the Sozvezdie Baikala and Nikola, guest houses like Malina and Baikal Cedar as well as a liberal scattering of well-equipped apartments. Many of these choices occupy lakefront positions and a number of their rooms overlook Lake Baikal.

Another option for travellers is to head out to Olkhon Island. It takes a little more effort than Listvyanka but there are rewards for covering the extra distance. In the summer months, boats connect Khuzhir or Zagli on the island with Irkutsk and Port Baikal (near Listvyanka). Schedules vary and boats don’t depart every day, but it’s worth considering if your itinerary is flexible. On the island, it is possible to stay overnight in a yurt, a traditional felt tent which is commonly found throughout Central Asia. Guesthouse and homestay accommodation is also available. 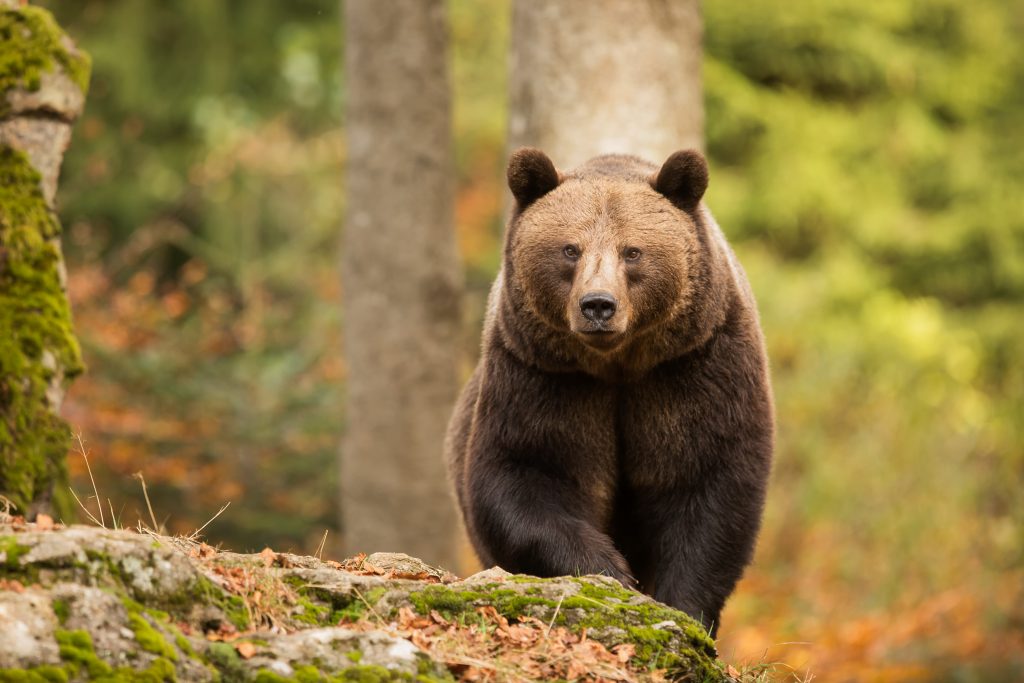 A UNESCO World Heritage Site with much to offer the visitor

Lake Baikal was recognised by UNESCO in 1996. In summer, temperatures soar and this wintry, snowbound lake becomes a sunbathers’ mecca. The shingle beaches that line the lake are dotted with beach towels and picnicking families keen to make the most of the sunshine. Though the lake is cold, the heat penetrates the shallows, and you’ll often see children paddling.

When it gets too hot, a cooling breeze can be found by taking one of the many pleasure boat cruises out onto the lake. Baikal seals, also called Nerpa, are often spotted. These creatures inhabit only the lake that gives them their name, mostly found in its northern reaches as the ice lingers longer there and the colder waters encourage pupping. Visitors can find out more about these graceful silver-grey seals at the aquarium in Listvyanka.

Close to Listvyanka, at Taltsy, is the Museum of Wooden Architecture. This fascinating collection of wooden churches, Buryat wooden yurts and other similarly ancient structures is well worth a detour on your way to or from Irkutsk.

Another popular visitor attraction is the hot springs at Khakasy. These thermal baths are located deep within a forest of cedar, pine and larch trees 50 miles from Severobaikalsk. The Lake Baikal region is seismically active, set within a rift valley in which the earth’s crust is moving apart at a rate of about 2cm a year. As a result, earthquakes and hot springs occur in the area. The hot springs have a high mineral content and, locals believe, health-enhancing properties particularly when it comes to skin conditions such as eczema and psoriasis. They lie about a ten minute walk from the lakeshore, in a wooden building surrounded by nature.

Olkhon Island is a good choice if you’re looking for a place to escape to. This island retreat has a sleepy pace of life; even the main settlement, Khuzhir, has only a few thousand inhabitants. There are many beaches to relax on, but for something totally different, fans of dark tourism will relish the opportunity to visit Peschanaya, a village where you’ll encounter an abandoned fish factory once staffed by convicts. Elsewhere on the island, travellers will enjoy the view over the lake from the Khoboy Cape and Burkhan Cape. They get crowded during summer days, but early in the day you might find some solitude.

Perhaps the most famous landform on the island is Three Brothers Rock. Legend has it that three brothers lived on the island whose father turned them into eagles so that they could experience the joy of flight. The man told his sons that they should never eat the meat of a dead animal, but, as they were hungry, they disobeyed their father’s orders. Angered, he turned them into rocks to punish them and they stand like sentinels overlooking the lake to this day. 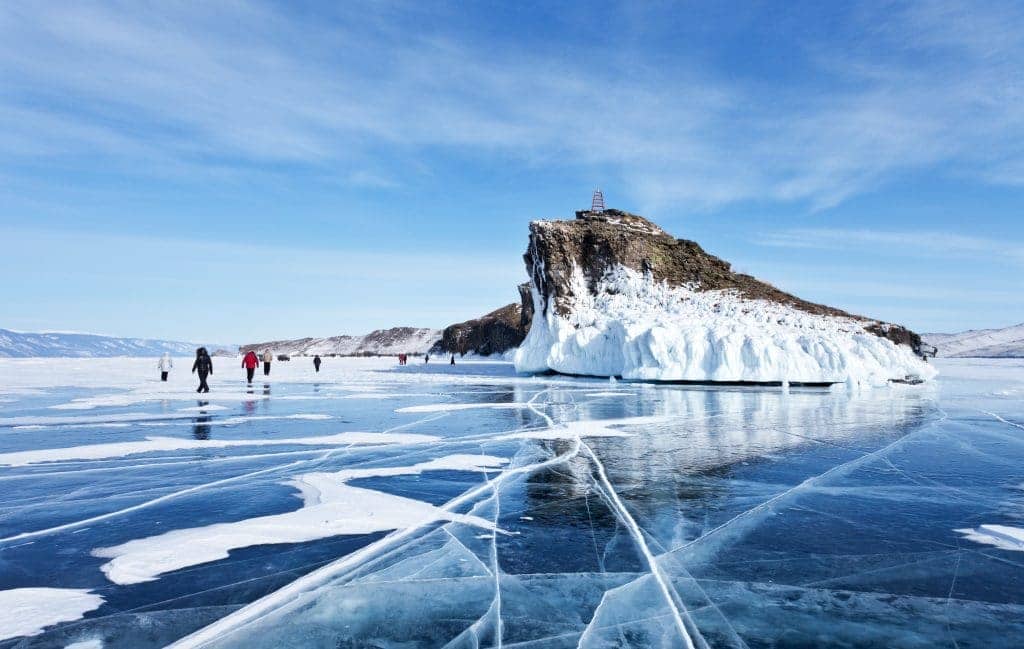 Home to the Buryat people

The eastern side of the lake is home to the Buryat people, whose unofficial capital is the city of Ulan-Ude. They live a traditional lifestyle and one very different to your average Russian; these pastoralists still rear goats, camels, cattle, sheep, and horses as their ancestors have done for centuries. One of the oldest Buryat settlements is the village of Arbidjil, about 30 miles from Ulan-Ude and it’s possible to arrange a visit. Guests will be treated to traditional folk music welcome and given an insight into cultural traditions such as shooting with a bow and arrow and shamanism practices. The villagers will open up their yurts to welcome their visitors and cook typical Buryat dishes such as salamat, lapsha soup, fish served with cedar nuts and dumplings known as pozi. 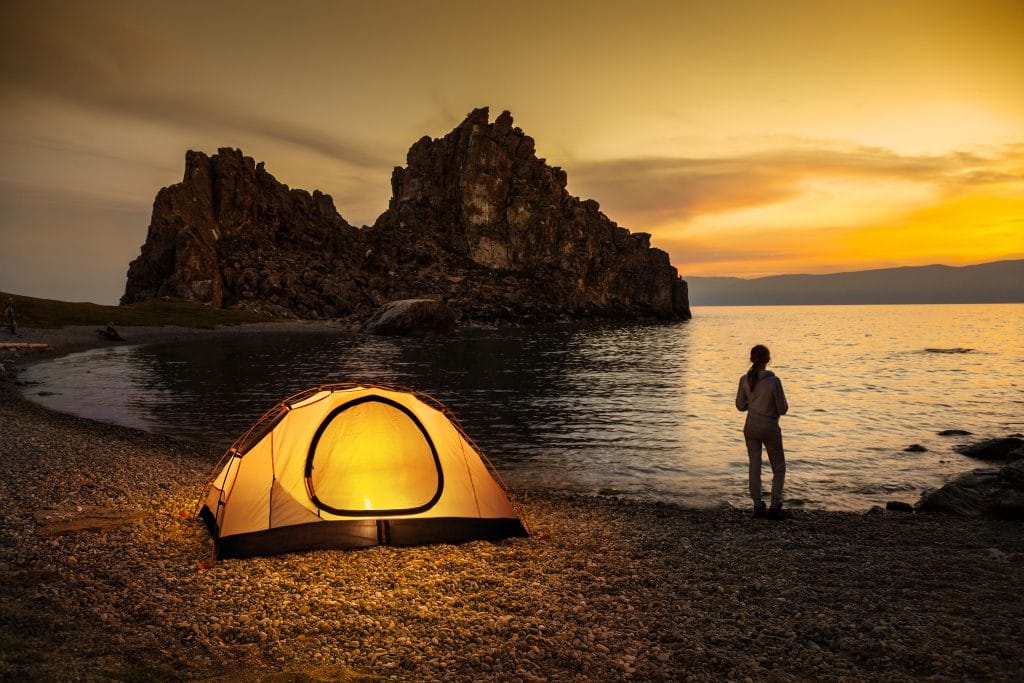 Whether you plan to fly in or enjoy a Trans-Siberian stopover, Lake Baikal should be a must for any traveller to Siberia. If you’d like assistance in creating Baikal Tour Packages to the lake or its surroundings, please get in touch. Our local, knowledgeable staff based in Yakutia can help with tour arrangements, guides and places to stay.